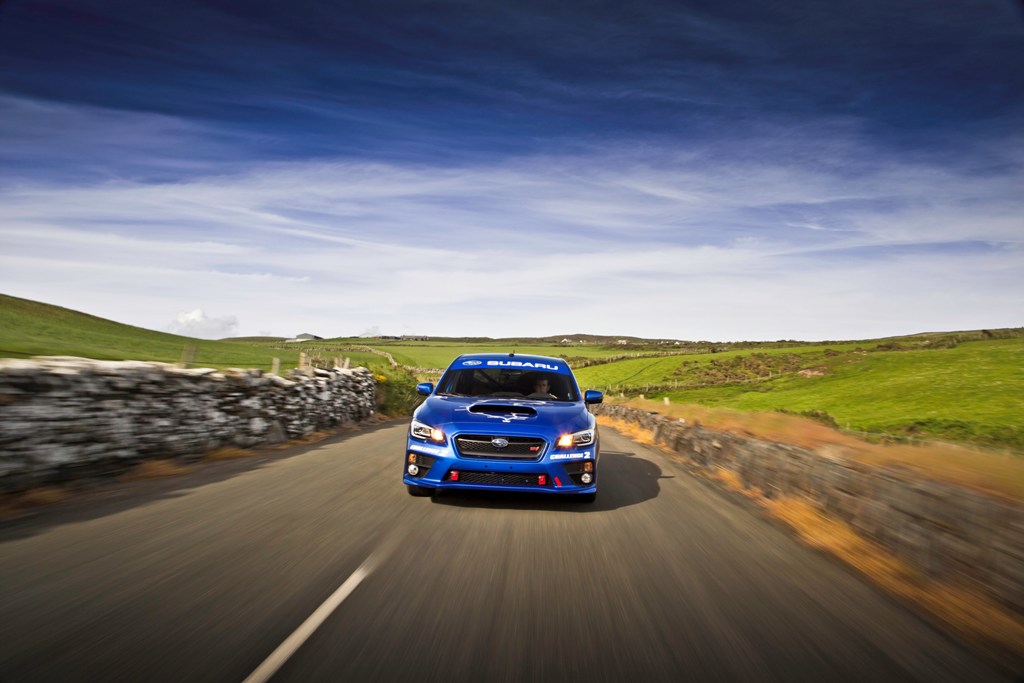 Subaru of America, Inc. announced today that a 2015 Subaru WRX STI piloted by Mark Higgins set a new lap record of the fabled 37-mile Isle of Man TT Road Course with an average lap speed of 116.470 and a time of 19.26. This breaks the current record of 115.36 that was set three years ago by Mark Higgins in a 2010 Subaru WRX STI. The run was completed in a U.S.-spec 2015 Subaru WRX STI. “It was quite a lap we did today and I am really happy to have another record in the bank. The chassis on this new car is so much better it really allowed me to pick up time in each sector in the more technical parts of the course,” Higgins said. “I think there is definitely time that we left on the course. I lost time on the second part of the track, overshooting my braking point at Sign Post corner. I actually hand-braked the turn in the end, so I feel we can definitely do better.” The car Higgins drove is a stock U.S.-spec 2015 WRX STI, with the exception of an FIA-spec roll-cage, racing … END_OF_DOCUMENT_TOKEN_TO_BE_REPLACED