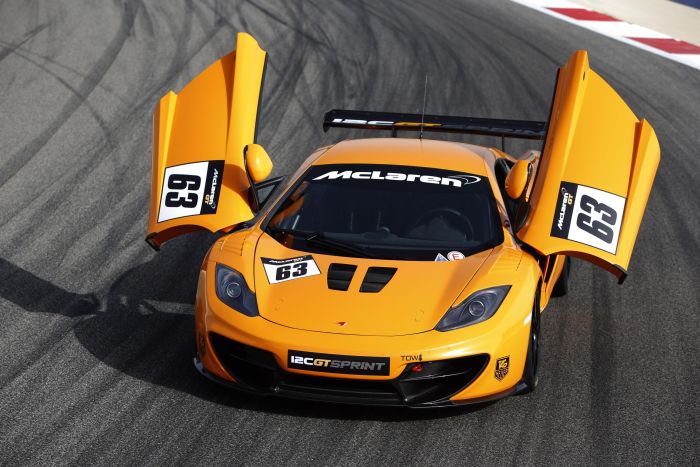 Following its global debut at the Goodwood Festival of Speed, McLaren GT has now confirmed the 12C GT Sprint will be priced at GBP £195,000*. The latest model from the GT racing arm of the McLaren Group has been developed and optimised exclusively for the race track. The 12C GT Sprint has been designed and built by McLaren GT, in close consultation with the team at McLaren Automotive, and retains many of the unique systems from the 12C road car, on which it is based. Groundbreaking technologies and systems have been honed, including Brake Steer and the active McLaren Airbrake, while a recalibrated Proactive Chassis Control (PCC) system helps deliver a truly bespoke GT racing experience, which can be set to individual driver preference. Power comes from the highly-efficient M838T 3.8-litre twin turbo V8 powerplant found in the 12C and 12C Spider, and generates 625PS, while the familiar seven speed twin clutch gearbox from the 12C is also retained. Optimised oil and cooling … END_OF_DOCUMENT_TOKEN_TO_BE_REPLACED