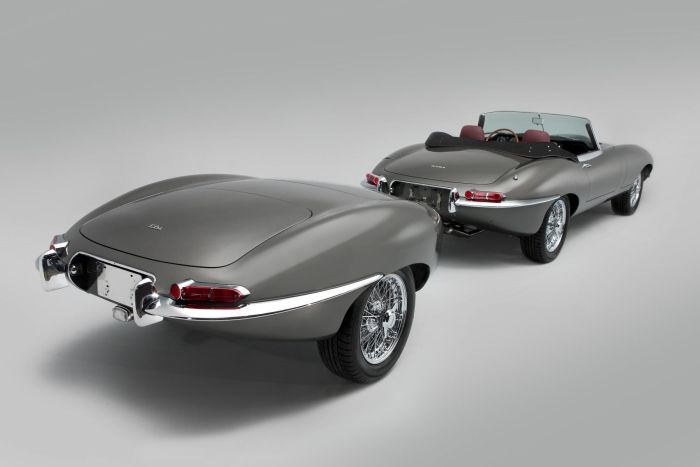 The world’s first stretched E-Type has been unveiled and will go on show in London later this week at a major automotive awards ceremony. Built in 1968, the left hand drive Jaguar E-Type series 1 4.2 roadster has been stretched by four and a half inches during a major restoration carried out by Classic Motor Cars Limited of Bridgnorth (CMC). Nick Goldthorp, Managing Director of CMC, said: “The car is phenomenal to drive. This is the E-Type that Jaguar Cars should have built. The extra space makes all the difference and actually alters the whole attitude of the car.” During the rebuild the owner, a client in the United States who intends to travel widely in country, requested a trailer to be built. CMC built this from two E-Type rear ends joined together. The trailer is ingeniously connected to the car via a removable tow hitch, which locks into position through the revering light aperture. The reversing light hides the hitch mechanism when the trailer is not in use. … END_OF_DOCUMENT_TOKEN_TO_BE_REPLACED