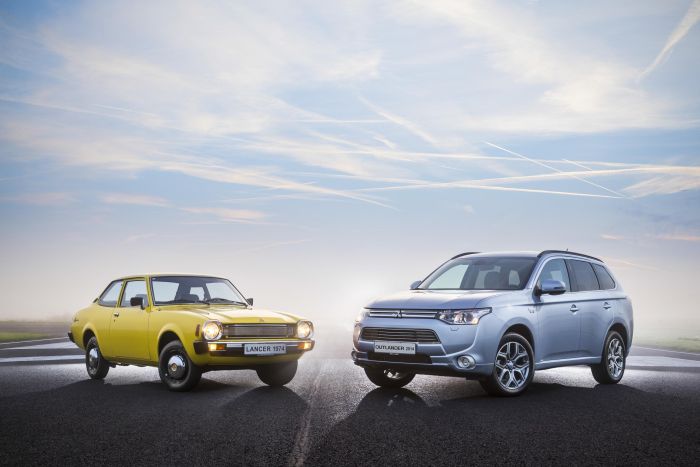 This month will mark the start of a milestone year for Mitsubishi Motors Corporation (MMC) as it is about to celebrate forty years of non-stop presence in the most strategic European market, from its first official display at the London Motor Show in October 1974 to the launch of the pioneering Outlander PHEV from late 2013 onwards. Mitsubishi Goes International Even though small numbers of Mitsubishi vehicles were already present in a few selected European countries, namely Spain (1956) and Greece (1962), Mitsubishi’s own corporate export move to Europe came as a result of a unique agreement in February 1970 between Mitsubishi Heavy Industries Co. (MHI) and Chrysler Corporation whereby MHI would 1) spin off its already existing auto division and 2) join forces with Chrysler to create “Mitsubishi Motors Corporation” (MMC). In May 1971, a further deal between Mitsubishi Motors Corporation and Chrysler International S.A. included the distribution of Mitsubishi vehicles … END_OF_DOCUMENT_TOKEN_TO_BE_REPLACED