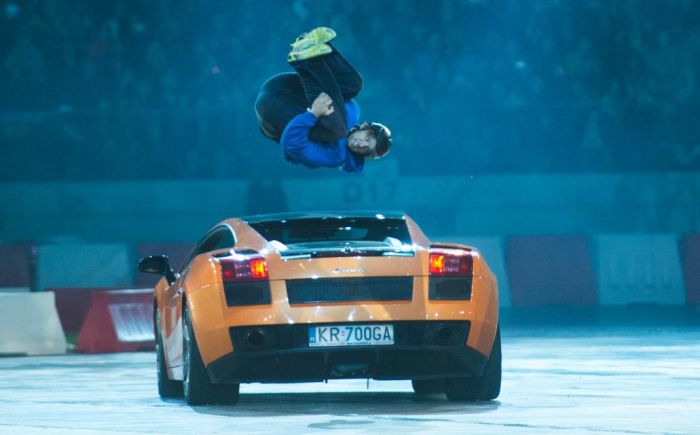 Already firmly established as the greatest motoring theatre show in the world, Top Gear Live has conquered new peaks by performing to a record-breaking crowd of more than 58,000 fans in Warsaw’s impressive National Stadium in Poland on Saturday (21 September). It’s the largest ever single night attendance at a Top Gear Live extravaganza, once again underlining the show’s huge global appeal. The unprecedented number of fans packed into the vast arena were entertained by the three stars from the award winning BBC Television programme – Jeremy Clarkson, Richard Hammond and James May, together with driving legend ‘The Stig’. Bringing the TV show to life, the dramatic evening’s action-packed performance was filled with an astonishing array of high flying stunts, dazzling fiery displays, fun-filled races in Reliant Robins, a glittering array of the world’s finest supercars and a host of crazy challenges. Appropriately in a stadium that hosted a semi-final of the UEFA Euro 2012 … END_OF_DOCUMENT_TOKEN_TO_BE_REPLACED 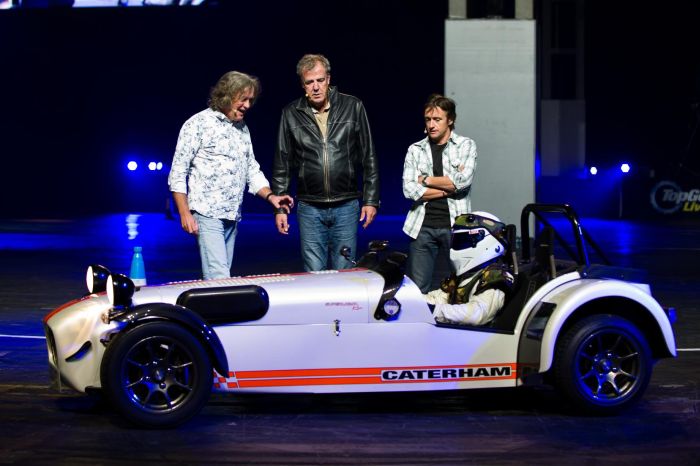 Top Gear Live is coming to Scotland for the very first time with three live shows – confirmed today (Thursday) – at The SSE Hydro, Glasgow in January 2014. Hosted by Jeremy Clarkson, Richard Hammond and James May together with driving legend ‘The Stig’, Top Gear Live brings to life the massively popular BBC 2 TV programme and features the incredible Top Gear Live Stunt Team, the world’s most beautiful cars and some outrageous challenges. To celebrate Top Gear Live’s debut in Scotland, three action-packed 90-minute arena shows have been announced for the weekend of 18-19 January with tickets on sale from 9am on Friday 4 October. “I’ve absolutely no idea exactly what we’ll be up to in Glasgow but, as this is the first time we’ve ever performed live north of the border, you can guarantee it will be something very special. What we can promise is lots of gigantic explosions, some very scary stunts plus a magnificent line-up of incredibly expensive supercars… not to mention all … END_OF_DOCUMENT_TOKEN_TO_BE_REPLACED