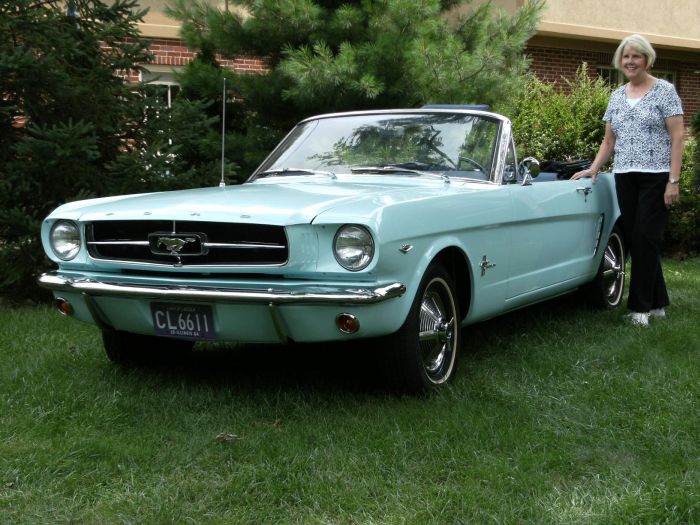 As customers, designers, race car drivers, engineers, marketers and journalists, women have been an integral part of the Ford Mustang story for 50 years. The spirit of freedom and independence Mustang inspires has been embraced globally among women and men, the young and not so young, for half a century. Mustang has built a dedicated audience thanks to its authenticity. From the first retail customer to a successful race car driver to a journalist with a lifelong love for the pony car, these aficionada are but a tiny sample of the millions of women around the world whose stories have contributed to the iconic status of Ford Mustang. … END_OF_DOCUMENT_TOKEN_TO_BE_REPLACED 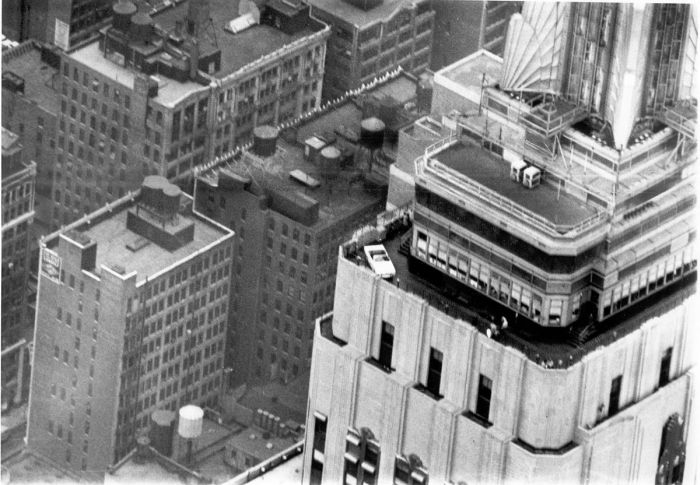 Two of the world’s most recognisable icons are coming together April 16-17 as the all-new Ford Mustang will be on display on the observation deck of the Empire State Building in New York. The display – replicating the same feat from nearly 50 years ago – coincides with the global celebration of 50 years since Mustang debuted at the 1964 World’s Fair in New York. “New York is one of the greatest cities in the world, and it’s the place where the Ford Mustang story began 50 years ago,” said Mark Fields, Ford chief operating officer. “We’re thrilled to be visiting the architectural landmark that has been the heart of the Manhattan skyline for 83 years with the newest generation of the car that is the soul of Ford Motor Company.” Taking a car 86 stories above the densely populated streets of Midtown Manhattan is no simple task. No portable crane can reach the 86th floor observatory, and the spire towering above the relatively narrow deck makes helicopter delivery impossible. … END_OF_DOCUMENT_TOKEN_TO_BE_REPLACED 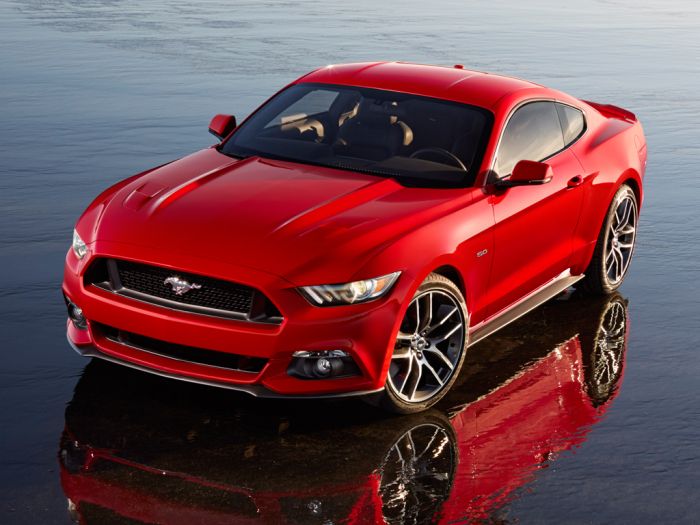 The next chapter in the life of the iconic pony car begins today as the all-new Ford Mustang – loaded with innovative technologies and delivering world-class levels of performance – is simultaneously revealed around the globe in six cities on four continents. “Ford Mustang inspires passion like no other car,” said Raj Nair, Ford group vice president, global product development. “The visceral look, sound and performance of Mustang resonates with people, even if they’ve never driven one. Mustang is definitely more than just a car – it is the heart and soul of Ford.” Mustang’s impact goes well beyond the 9 million-plus cars sold in its 50 years of continuous production. It has made thousands of appearances in film, television, music and video games, and is the world’s most-liked vehicle on Facebook. For the first time ever, Ford will bring Mustang to customers in key parts of Europe and Asia. “We crafted this car with the goal of creating a contemporary interpretation of … END_OF_DOCUMENT_TOKEN_TO_BE_REPLACED 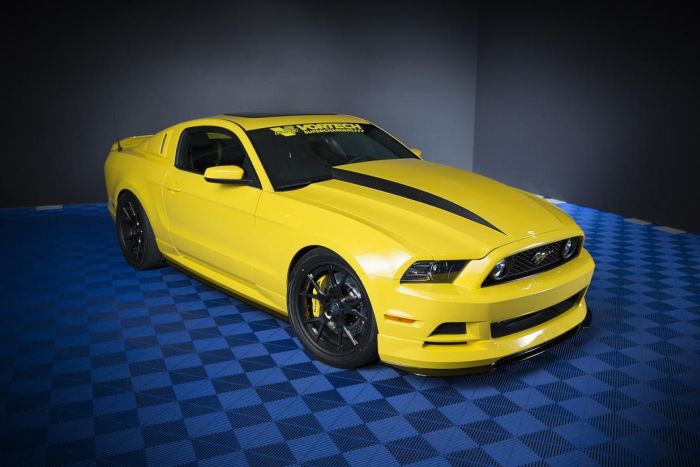 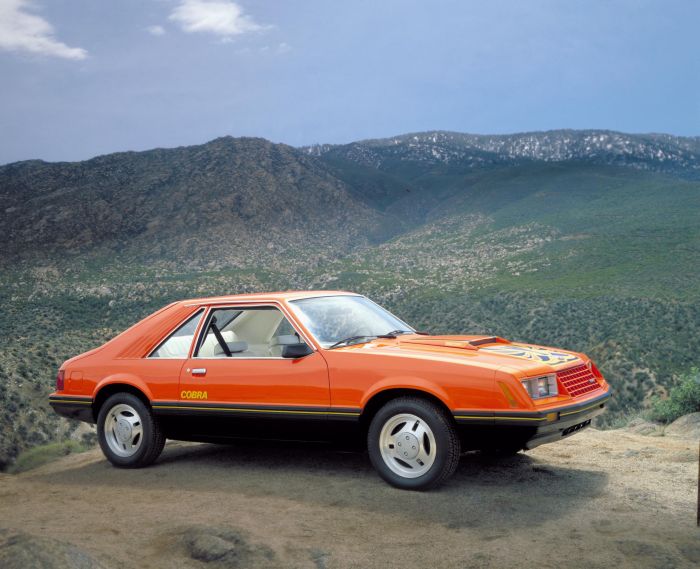 “Thou shall never do a slantback front end.” That was the commandment from Gene Bordinat, Ford's vice president of design, “Henry Ford II only wants vertical front ends, and he'll show us the door if we ever try anything like it.” This mantra hung over the early development of the third-generation of Ford's wildly successful Mustang. In 1975 Ford designers began the job of redesigning the iconic pony car for the coming 1980s. The car and country had been through a roller coaster 20-year period and both were in something of an identity crisis. What defined a Mustang? Compact value and efficiency? A luxurious personal tourer? A muscle-bound performance bargain? Two teams of designers in Dearborn and a third from the Ford-owned Ghia studio in Italy began competing for the privilege of crafting an all-new Mustang. By the fall of 1975, full scale sketches and clay models were being turned out and refined. From the outset the only thing that was certain was that the finished … END_OF_DOCUMENT_TOKEN_TO_BE_REPLACED 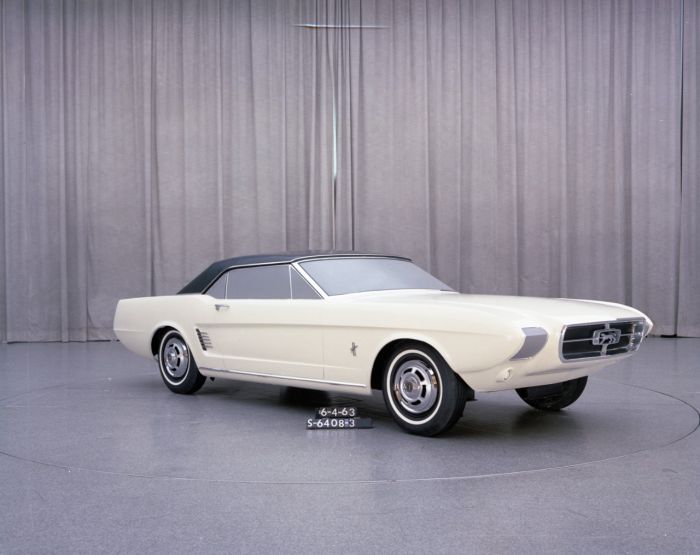 The Ford Mustang is Europe’s most desirable classic car, according to a survey of more than 75,000 users of online car portal AutoScout24. A total of 37 per cent of Europeans named the Ford Mustang as the classic car they would most like to own. Confirmed as coming to Europe and the UK for the first time, the Mustang was the clear winner, ahead of the BMW M1 (20 per cent) and the Volkswagen Beetle (11 per cent). “Ford Mustang is more than a car, it’s the freedom of the open road and the spirit of performance driving,” said Roelant de Waard, vice president, Marketing, Sales and Service, Ford of Europe. “Mustang has been a fundamental part of global automotive culture for almost half a century and is one of the world’s most recognisable vehicles.” Ford also said the Mustang Customizer - a downloadable and online app – has already attracted more than 500,000 visits from Europe. Available for iOS and Android phones and tablets, the app enables Mustang fans to build their … END_OF_DOCUMENT_TOKEN_TO_BE_REPLACED