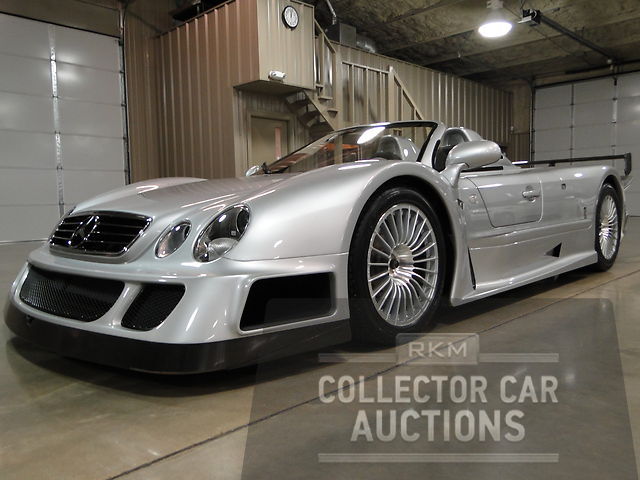 One-Off, 268mph Lotec Mercedes-Benz C1000; Ultra-Rare Mercedes-Benz CLK GTR Roadster; and 1954 300SL Gullwing Among More Than 40 Handpicked Vehicles to be Featured in Special Simulcast on Nov. 2 RK Motors Collector Car Auctions (RKMCCA) announced it has added a pair of high performance Mercedes-Benz supercars and an ultra-rare 300SL Gullwing to its lineup of investment-grade vehicles hitting the auction block October 31 to November 3 at the Charlotte Convention Center. The three Mercedes will be among more than 40 hand-picked vehicles to be auctioned during a real-time, four-hour auction event that will be simulcast to the United Arab Emirates (UAE) on November 2. This debut event will take place at the 7-star Emirates Palace Hotel, adjacent to the world-class Abu Dhabi Formula One track, on the evening preceding the 2013 Abu Dhabi Grand Prix. RKMCCA will offer a one-of-a-kind 1995 Mercedes-Benz Lotec C1000, which was commissioned by a United Arab Emirates-based … END_OF_DOCUMENT_TOKEN_TO_BE_REPLACED