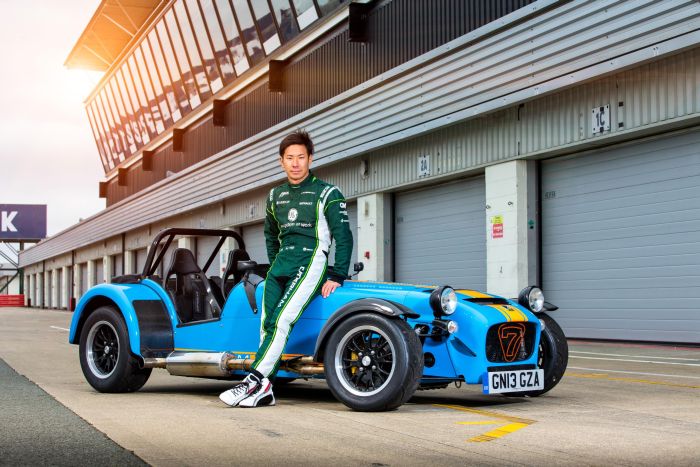 Caterham F1 Team new boy, Kamui Kobayashi, warmed up for the first Grand Prix of the season in Australia by taking his first ever drive in the legendary Caterham Seven. The Japanese didn’t do things by halves either – his first ever Seven drive was at the wheel of the most powerful production Seven ever built and the ultimate incarnation of Caterham’s ethos of ‘accessible fun’, the raucous 620 R. With 310bhp, a top speed of 155mph and a 0-60mph time of less than 2.8 seconds, the 620 R made its global debut at the Goodwood Festival of Speed last year and was put through its paces by F1 fan favourite Kobayashi at Silverstone just before he travelled to Melbourne. A video documenting Kobayashi’s first Seven drive and capturing his thoughts on the iconic British sportscar has been released today and can be seen It certainly made an impression on the 27-year old, who said: “For me, this is a pure car; everything else is just transportation. “Normally, with a new car, … END_OF_DOCUMENT_TOKEN_TO_BE_REPLACED